AFD provides a 37.1 million Euros loan to finance the improvement of power reliability in Uganda

On April 27th 2018, a financing agreement to the tune of 37.1 million Euros has been signed between the Government of Uganda and the Agence Française de Développement (AFD) as lead financier, in the presence of KfW as co-financier. The financing aims at supporting a key project in the energy sector, in line with Uganda Vision 2040 and the National Development Plan (NDP): the upgrading of a transmission line that will help evacuate power, increase power reliability and enable exports of electricity. 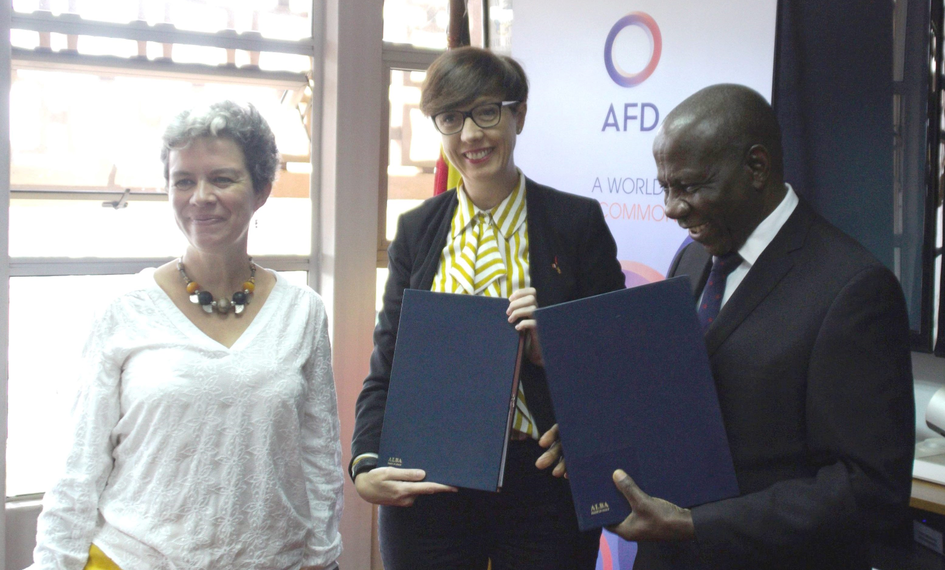 The Ugandan energy sector is booming, and the national generation capacity is soon to be up-scaled. The need to develop the grid in order to evacuate electricity is therefore of paramount importance.

The 400 kV transmission line upgrade project will cover a distance of 135 km between the cities of Masaka and Mbarara. It will increase power reliability in the Central and Western regions of Uganda, a good way to boost the economy and support access to energy.

This project was initiated thanks to a feasibility study completed in 2015 and financed by the European Union Infrastructure Trust Fund. AFD and KfW are now partnering to jointly finance it with loans of respectively 37.1 million Euros and 35 million Euros. This is yet another common achievement and a symbol of European cooperation and France and Germany‘s associated efforts to support Uganda’s development.

According to AFD’ country representative, Virginie Leroy: “The 37.1 M€ concessional loan from the French Development Agency is a good example of how together with KFW and with the support of the EU, AFD concretely supports Uganda in its contribution to the ‘Sustainable Energy for All’ initiative as well as to the ‘Uganda Contribution to Paris Climate Change Agreement’.”