Lake Victoria in East Africa is in danger of “dying from the bottom,” as one Kenyan official puts it. The world’s second-largest freshwater lake is being polluted by everything from plastic and litter to chemical fertilizers. An imaginative initiative however, has been launched to combat plastic use, and AFD is supporting moves to treat water and improve sanitation throughout the region. On World Water Day, we look at the struggle to find sustainable solutions for a lake on which millions of people depend.

Having set off at dawn, March 8 from Kisumu, Kenya, the Flipflopi non-profit group and its crew are plying the waters of Lake Victoria in a three-week expedition to urge East African countries to clean up their lakes and rivers. The boat is so-called for the 30,000 flip-flops and seven tons of plastic that went into making the multi-colored fishing boat.

A Sailing Symbol of Recycled Waste

As co-founder Dipesh Pabari and his crew pull into ports, the multi-colored, nine-meter vessel is causing a stir – onlookers gathered on the riverbanks have never seen a fisherman’s dhow made of plastic. It’s a sailing symbol and reminder that even when discarded, used plastic can be put to good use as part of a collective effort to restore the environment. 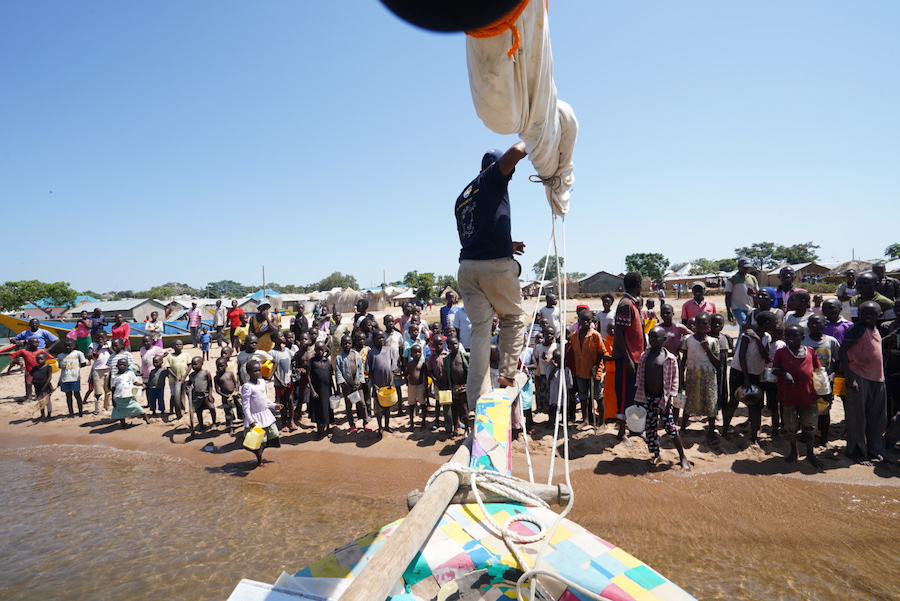 “The idea is to bring together the East African community, which shares Lake Victoria as a resource,” says Pabari. “Without any consensus on legislation, it’s a hopeless battle. If you throw a bottle into Uganda’s waters, it will end up on Kenya’s shore.”

In 2015, Pabari’s partner, Ben Morison saw so much plastic rubbish on Kenya’s shores, that he researched alternative uses. He hired a team to melt, shape and carve the plastic into the keel, ribs and planks of the vessel, covering it all with multi-colored sandals. Flipflopi was born.

Plastic just Part of the Problem

The group urges Kenya, Tanzania and Uganda to embrace innovation, education and legislative change, and to ban unnecessary single-use plastics.

A 2015 study of Lake Victoria, examining the fish guts of Nile Perch and Tilapia, revealed that microplastics could be found in at least 20% of the fish, which are important sources of food and income across the region.

Of course, the pollution afflicting East Africa’s lakes consists of far more than just plastic. Industrialization, agriculture and the common practice of discarding rubbish and sewerage have so polluted Lake Victoria that residents and officials have compared it to a septic tank. Poor sanitation and limited waste management around the lake have led to the overflow of harmful pollutants into the water basin, causing numerous cholera epidemics.

"Dying from the Bottom"

“Within 50 years, if nothing is done drastically, Lake Victoria will be dead,” says Governor of Kisumu County in Kenya, Anyang’ Nyong’o, who has repeatedly sounded the alarm. Among a long list of culprits, he has cited paper mills up and down the lake and widespread littering, warning in 2018 “the lake is dying from the bottom.” AFD has been part of the effort to prevent that from happening. Over the past 10 years, AFD has committed €950 million in the water and sanitation sectors of Kenya, Uganda and Tanzania. More than 11 million people have or will benefit from improved access to drinking water, and those gaining access to sustainable sanitation are expected to number some 3 million.

“In 2006, Kisumu City was in a deplorable state in terms of water and sanitation,” says Phelix Okuta, Civil Engineer for Lake Victoria South Water Works Development Agency in Kisumu, Kenya. “Now the intervention of AFD and the government of Kenya has assisted in developing water and sanitation infrastructure. Before the intervention, water supply to Kisumu was only available 6 hours in a day. [Now] Kisumu is able to have water 24 hours per day.” 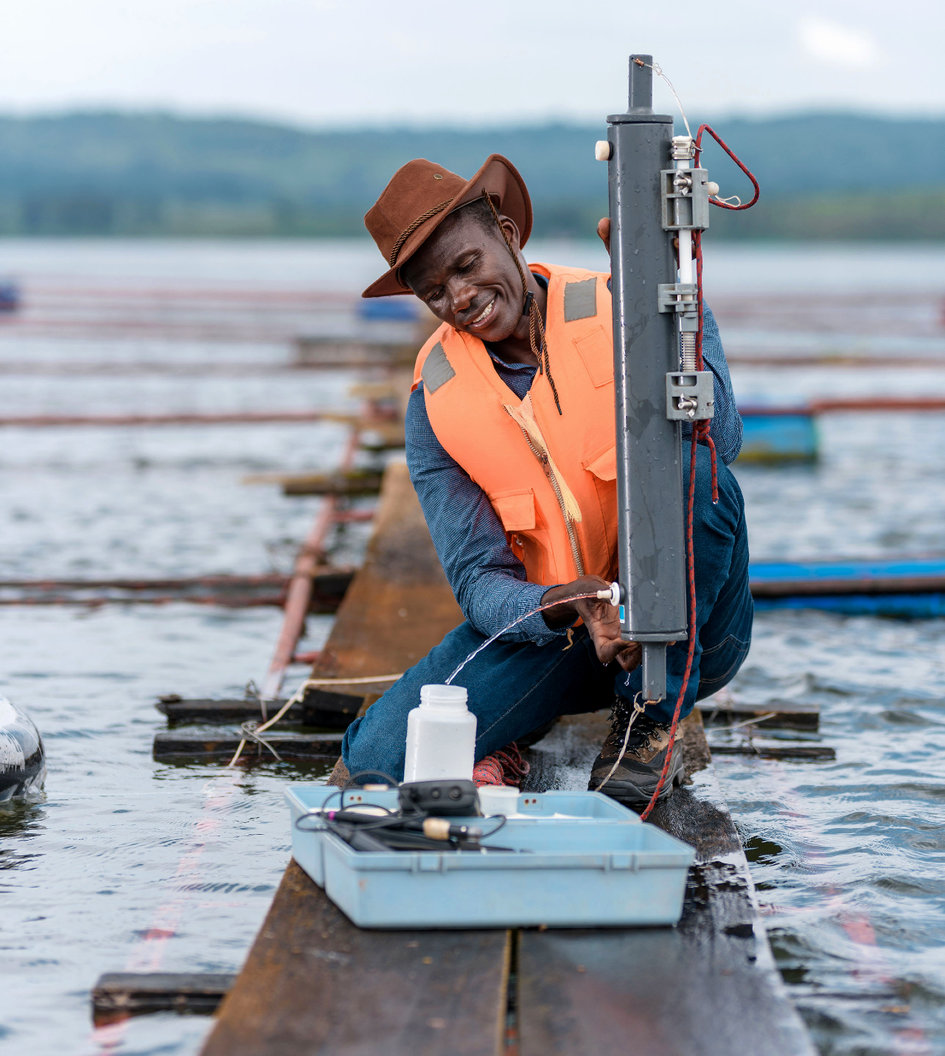 In Mwanza, Tanzania at the south end of Lake Victoria, untreated sewerage from the city and overflowing latrines have contaminated the lake and caused disease outbreaks. In 2018, AFD supported the installation of a “simplified sewerage system” to treat household waste, the upgrading of water treatment plants and the construction of school toilets.

Yet pollution of the lake continues. Vast blooms of algae form regularly, causing potentially severe health problems among those exposed.

The WaSAf project, launched in 2015 and supported by the French Facility for the Global Environment, AFD and the French Ministry for Ecological Transition, carries out detailed chemical analyses of the lake. Scientists pay particular attention to eutrophication, which saturates the lake with organic and mineral nutrients, multiplying the growth of algae and cyanobacteria, depleting the oxygen, and damaging the ecosystem and the local water supply.

With more than 40 million people living around Lake Victoria, the livelihoods of many depend on it, from water for drinking and washing, to fishing and tourism. There are additional signs of change. Some are moving away from conventional farming, whose chemical fertilizers are heavy pollutants, to organic farming.

Tackling the Causes of Pollution, one by one

The National Organic Agricultural Movement of Uganda (NOGAMU) has worked with more than 1.2 million smallholder farmers since 2001, providing them with training and linking them to markets. “We have observed that organic farming is very strategic in terms of promoting sustainability around the Lake,” Chariton Namuwoza, CEO of NOGAMU told AFD.

It’s a principle that the Flipflopi team are promoting as they continue their voyage across Lake Victoria, in a vessel made of recycled materials, and powered by wind. “We didn’t just built any boat, we built a dhow, says Dipesh Pabari. “It’s a structure that has been unchanged for more than 2000 years, and has brought trade and linked Africa to Asia, to show we already have low-tech, local, traditional solutions for global problems.”