The Kampala Geopolitics is now in its fourth edition. The first two editions were held at Makerere University and provided a platform for exchange and reflection for students of the university. The third edition, in 2020, had to be organised in an online format. All the partners regretted this distance imposed by the pandemic from its major audience, the youth. This year, the organisation of the Conferences at Makerere University was therefore particularly expected.

The historical partners of the Geopolitics Conferences were all present and inaugurated the first day of exchanges in the magnificent auditorium of the CTF2 building of Makerere University, dressed in the colours of Geopolitics for the occasion. Alongside the French Ambassador, Jules-Armand Aniambossou, were Ezra Suruma, Chancellor of Makerere University, Anna Reismann, Country Director of KAS Uganda & South Sudan, Sylvie Matelly, Deputy Director of IRIS (who joined online), Adekemi Ndieli, Deputy Representative of UN Women and Patrice Gilles, Director of Alliance Française de Kampala. 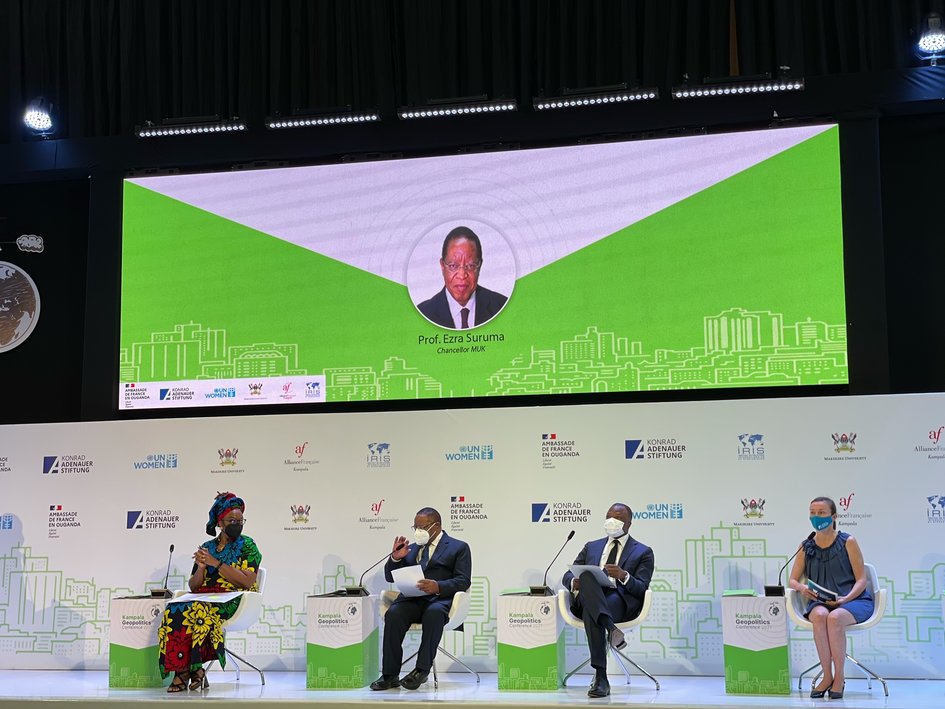 The Chancellor’s speech was particularly anticipated in the 100th anniversary year of Makerere University. In his speech, the Chancellor emphasised teaching and the values of the university. He spoke about e-learning and opened the floor to the great challenges it has posed in the last two years. Training in technological tools and investment in e-learning are requirements that the higher education sector must lend itself to in times of pandemic, he stressed. Youth was very much in evidence in his words and the audience in the room, mostly students, was clearly sensitive to this.

He was followed by the French Ambassador. His speech focused on the major issues of the conferences for the diplomacy carried by France. He began by highlighting the major role played by young thinkers on the African continent, the global shapers who are now advancing the debate and reflection. He then wished to emphasise the importance of freedom of speech, particularly in the contemporary context where the space left for fake news can be dangerously large. Finally, he showed that social networks, which can be a platform for these abuses, can nevertheless be an extremely fruitful space for exchange and reflection, particularly for young people, and he was pleased that the Conference partners had this year relied on social networks -with the use of Twitter Spaces for example- to involve young people. 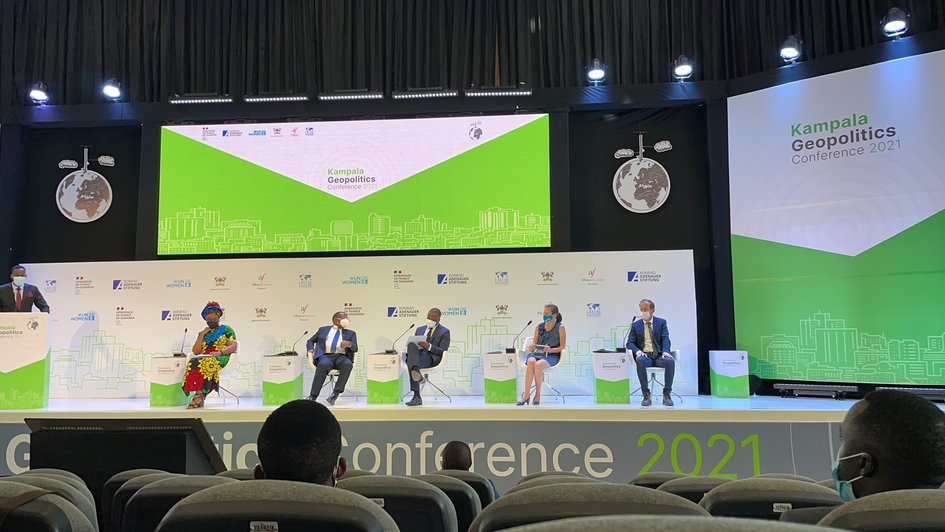 Anna Reismann then took the floor. In her speech, she emphasised several key concepts. On the one hand, she wanted to show her commitment to the issue of responsibility. There is a responsibility of leadership, she stressed: in government, justice, administration, communication, economy. Institutions must be strong in order to provide a solid framework for society to implement and sustain equality. On the other hand, the representative of KAS stressed the importance of partnerships for stability and security.

Sylvie Matelly wanted to focus on education and the need to engage youth in an equal way. She recalled that the Geopolitics was conceived, since its creation, to be a free space for exchange and sharing, and underlined its values. Far from being an obstacle, the pandemic has allowed us to redefine the ambitions we must give ourselves and the need to think together about contemporary issues.

Adekemi Ndieli focused her speech on the importance of gender equality. Far from promoting this value only in principle, she showed that in all aspects of society, this notion was key to positively advancing citizenship. She stressed that the presence of women in the economy increases productivity and promotes economic diversification. Women’s voices must be raised, she said. Gender equality is a major challenge for the economy. She hoped that the Geopolitics conferences would bring these values into the debate and open the way for the promotion of debates and the identification of strategies to find solutions for the greater inclusion of women in society. 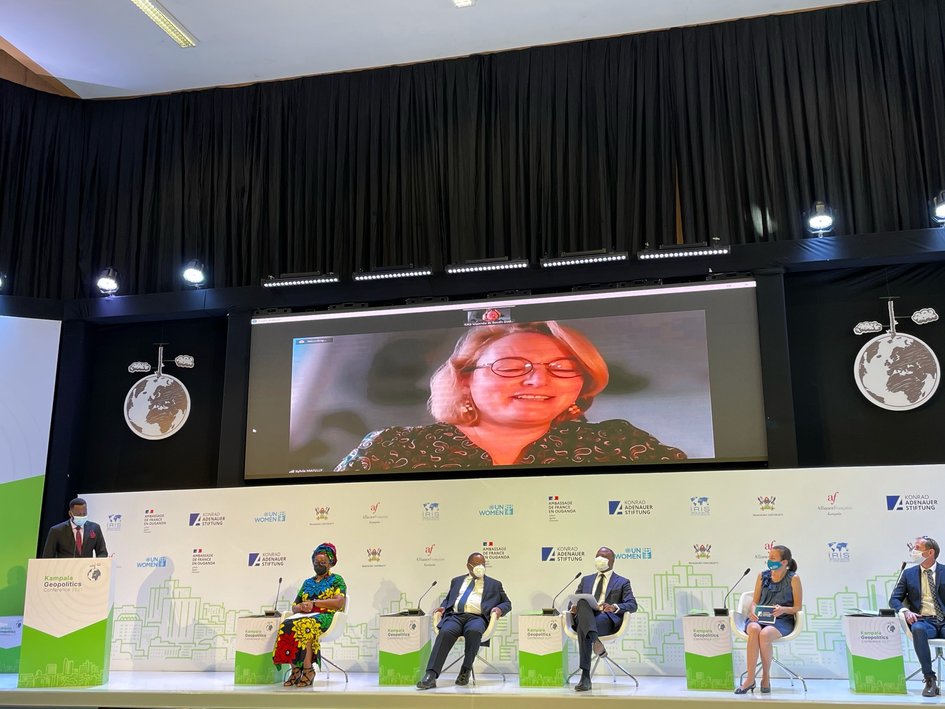 The opening of the Conferences, filmed and broadcast live on NBS, generated a lot of reactions on social networks. The follow-up to the first debates has been extremely high, both at Makerere University and online, which the partners are delighted about.

The programme of the Conferences, which run until Friday 12 November, is available below.